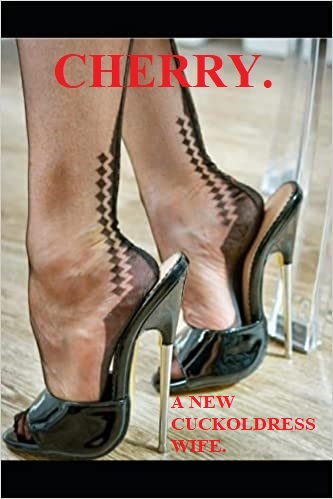 A Taster from CHERRY (The New Cuckoldress wife)

She snapped the lid of her gold lighter closed after holding the flame to the tip of her 120 cigarette, placing the lighter on her gold cigarette case she took a long pull on her smoke and then sent the plume of blue haze up towards the ceiling.

On the tip of the cigarette was now a clear imprint of her sticky red lips that matched the color on her talon like nails that held her nail the slang term for a cigarette.

The room she was sitting in was deathly silent and anyone looking at her would see a woman that looked on the edge of fury but also a woman that was so, so alluring fitting in perfectly with her surroundings which in this study in her home was decorated tastefully with expensive red and gold flocked wallpaper, a deep carpet of a crimson red color with matching drapes in the bay window and the centre piece of the study being the gold ornate Louis 16th style desk which sat just forward of the bay window so when she looked up she looked into the room with its two high backed red leather studded chairs and the bookcases that lined with walls.

She herself sat on her swivel chair also in a lush red leather that she had rolled while sitting on it to the side of her desk so the way she had her legs crossed showed off her long sexy firm nylon coated legs, the nylon being fully fashioned black seamed stockings with a point heel, from her red painted toes shimmering under the nylon she dangled her black mule high heeled shoe and she was without shame! Then there was the short tight black leather skirt she wore that had rode up and the dark welt of her stockings were on view along with a peek of shinny stainless steel suspender straps hinting at the very serious lingerie she had on underneath and along with the skirt she had on a sheer black chiffon blouse that revealed her lacy satin bra underneath

She was a woman that knew she was attractive and worked hard at staying that way in her fifty fifth year.

“So what have you got to say for yourself?” she snapped looking with a sneer on her lips at her husband who was kneeling on the floor in front of her.

She could clearly see that he was terrified and humiliated being in front of her like he was? They were a separated couple and had been living apart for the last year the separation was all so silly really? She thought looking at David her forty five year old husband  who she had been married to for eleven years until that fateful day when he had come home early and had caught her in bed with another man!

Being caught out had been a major inconvenience for Cherry Tape? Like most other married women the act of adultery was a common practice and if David had not come home he would have remained in blissful ignorance to Cherry’s extra marital fun? And fun she did need in her marriage to David.

There was no getting away from the fact that David was a very good husband where earning money was concerned and he had supplied Cherry with a superb home one that she had picked out as well as the cash to do it up in anyway she liked as he deferred to her in everything?

But like so many husbands what he did well in one area was paid for by being useless in another? And for David as far as Cherry was concerned it had been his penis and his ability in performing sex! It certainly was not Cherry’s fault that David had the smallest thinnest and weedy penis she had ever seen and no wife or woman could be expected to stay failthful to a man with what amounted to little more than a babies willy and as for David’s efforts at love making it soon became apparent to Cherry that David had no art or skill at anything sexual, he was clumsy with his fingers, impatient with his tongue? Hardly understanding where a woman’s clit was and as for caressing erogenous zones David was so lost he thought they were area’s off the M25 near Slough? Cherry could remember one of the very few times they had actually engaged in sex she had been laying on their bed her stocking clad legs open and she had watched in the mirror over David’s shoulder as his bottom humping frantically as he tried to make love? His tiny penis slipping out of her pussy almost constantly and Cherry with a bored look on her face as she petted David’s head encouraging him to cum often looking at her nails and wondering if she could get a late booking at the nail bar, and she could not feel his penis in her at all?

It had been the following day when Cherry had picked up the telephone contacting names in her old little black book that between the ending of her first marriage and meeting David had become the huge mainstay of her divorced sexy life!

Cherry meeting David had been strange to say the least it had been on a beach in Cornwall where Cherry had met him while she had been on a weeks vacation.

She had just finished her evening meal at a lovely little pub and decided to go for a walk before heading back to the hotel to change into something hot and pretty to go to the one nightclub in the little seaside town.

As she ambled along the beach barefoot her sandals hanging in her hand she was loving the solitude of the empty beach and the crashing waves rolling in? Only to stumble across a guy sitting on a mound of rocks, thus was her first sight of David and something in her heart strummed as he was crying his eyes out totally unaware that she was standing not more than ten yards away from him.

After watching the man sobbing for a moment Cherry had coughed and intruded on the man’s sorrow and he jumped in fright at her sudden appearance and looked at her with tear streaked cheeks and red eyes.

“Are you OK?” enquired Cherry giving the man one of her lovely smiles and he had gasped back the tears and replied that he was good?

“Good eh? Well you certainly don’t look like it! What is it? Your cat died or something?”

Cherry watched as the man almost broke down crying again and knew she had put her foot right in it? But somehow the man did not blubber again and before Cherry could finish her thought process about how wimpy and pathetic this guy looked crying a total reverse of the men she usually knew who would not shed a tear even if their limbs were being chopped off!

“Awww you poor ,poor thing!” purred Cherry stepping forward and sitting herself on the rocks next to the man “I am Cherry by the way!”

The man had looked at her seemingly frightened that Cherry had sat next to him “Iiiiii am Ddddddavid! Biting his lip in nervousness.

Cherry reached out and smiled taking David’s hand and shook it “David I am so sorry to hear that, I am sure whoever she is she will regret her decision one day!”

From that moment David had opened his heart up and Cherry had listened to it all how David had been with Abigail from the moment they became boyfriend and girlfriend at school and how David had stayed faithful when they parted to go to their preferred universities and how after graduating David had set up a company which was doing exceedingly well, all through their time apart he would visit Abigail at her place of learning and each knew they would be married one day?

From the beach David took Cherry for a drink in a bar and she learned that he was very, very comfortably off cash wise something that suddenly made David a lot more appealing? Of course Cherry was like any woman with her head screwed on right? After her first marriage to Don with the years of pointless struggle to get a home and a life which in the end had been beyond Don she had divorced him knowing she wanted something more in her life and now seven years from her divorce  from Don and being only forty four Cherry was looking for the main chance in life!

And there it had started? With eye’s wide open Cherry allowed David to nervously start to date her, Cherry at the time had lived in St Albans where’s David resided in inner London so he made the trip to outside the M25 to see her three times a week.

And then came the proposal and the marriage and the wedding night when Cherry first got the full measure of David who shyly tried to hide his body but in the end had to face his new wife!

It had taken Cherry all her powers of restraint not to burst out laughing her stockings off and using her acid like tongue to humiliate him about his little boy penis! That night Cherry laid back and thought of England and the money as David fumbled and humped away? Thankfully David had premature ejaculation issues and she had only had to suffer less than two minutes of his useless efforts and she play acted to star like qualities with her faked orgasm and her loving words after he slumped onto her spent and panting “Oh David your the best lover I have ever had I love you!” as Cherry crossed her fingers behind his back. 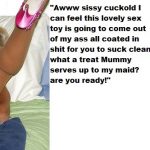 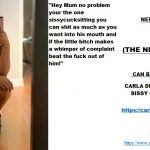 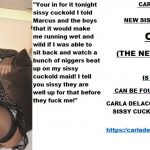 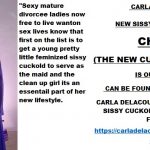 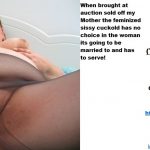 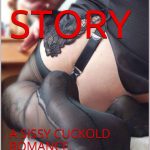 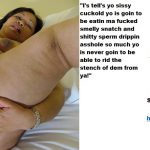 The Negress Cuckoldress shows no mercy!
1

One of my early novels 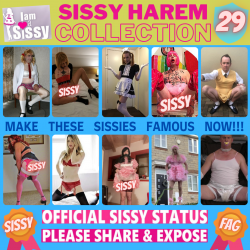 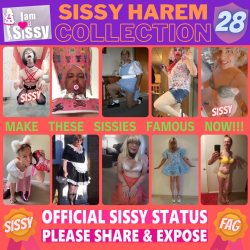 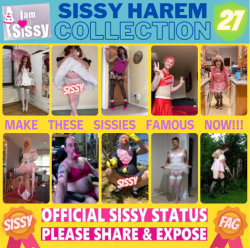 How the cuckoldress gets her kicks?
1 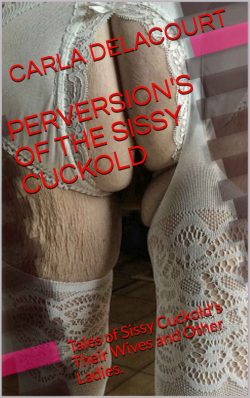 One of my older novels
1

Bethany is a faggot for BBC
1 2 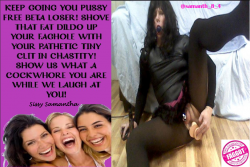 A sissy sold at auction has no say in anything!
1